A modern take on Pygmalian.

My Fair Lady  – The Punk Version is a modern take on Pygmalion. A 19-year-old ballerina becomes the subject of a bet between her boyfriend and the Kingpin of the local Winnipeg punk scene who claims he can corrupt her innocence and teach her to become a jaded but educated punk.

Productive Obsession is an independent inter-arts performance company. Since our founding in 2012 our work has been presented in Vancouver, Banff, Calgary, Whitehorse, Kitchener, Ottawa, Budapest, Estonia and Iceland.

We use what inspires us as source material, and create multi-disciplinary projects that challenge us, rejecting self-imposed limitations of genre and style. We aim to do it impeccably. And we never stop. And because we are Productive Obsession, we do a lot of it. Read More

Short Messages from Life – an article about One Month in Canada 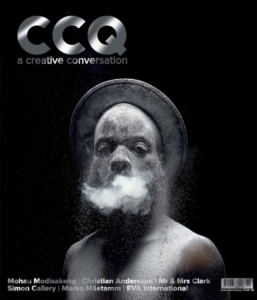 Marko Mäetamm makes work that plumbs the very depths of his heart and mind, revealing innermost thoughts, fears and doubts, with an imagination sometimes a little too personal to be easy on the eye. Rhiannon Lowe caught up with the Estonian artist, just before he left for a six-month residency in the US.

The Damage is Done (archive)

The Damage is Done: A True Story combines theatre, dialogue, essay, video, music and dance into a multi-layered event. Featuring Dr. Gabor Maté onstage with Rita Bozi, the show weaves together the story of three different Gabors, all of whom emigrated from Hungary to Canada and shaped Bozi’s life.

What people are obsessing over...

"Your story made me feel normal. It was very healing for me."

"Simply by finding that place of joy within ourselves we could em- body that despite whatever happens in childhood and how difficult your history could have been, people can transcend it, people can go from it, people can let go of it." 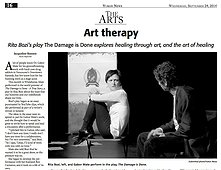 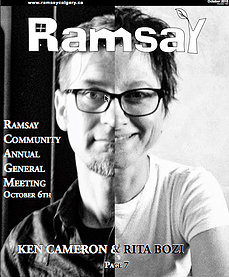 How iRan: Three Plays for iPod

“How iRan: Three Plays for iPod  forces the mind to push beyond the limitations of space – a library is not a library just through bricks and mortar. A library is a space with institutional conventions and rules (and books!!), and in a piece like this, these rules slip and allow for a transcendence. The temples of silence becomes pure temples of story: temples of information through the arts. The subversion echoes through the piece in rebellions, acts of passion that end well, and in a struggle to triumph over oppression.”

The Damage is Done

“Rita’s performance of The Damage is Done is a powerful, raw exploration of how a terrible past can linger and be just as stale in the present, how a revolutionary spirit can travel right down a mother’s placenta and into her unborn child. With its well-timed video clips, Rita’s bold new fusion of story-telling with the visual and aural … takes static, fixed words off the page and lets them hover in the air, bitter-sweet and moving.”

“Even as a lesbian woman, Whenham always found the topic of transgender uncomfortable and confusing. So when Be A Man writer and producer Rita Bozi asked her to play the role of Tommy, a woman living as a man, Whenham was hesitant, but decided to challenge her views and dive head-first into the role – something she now credits with changing her life..”

“About a decade ago, [Be A Man creator] Bozi also portrayed Brandon Teena — a transgendered person who was raped and murdered in 1993 and who was the subject of the film Boys Don’t Cry — in a show in Vancouver …These reflections on her own body and her experience playing Teena developed Bozi’s interest in — and compassion for — the transgendered community.”
-FFWD Weekly, Calgary

“Your story made me feel normal. It was very healing for me.”
– Anonymous Westjet Agent, Whitehorse

“I wanted to say, but was unable, last night how amazing your dancing was.  It turned what was a fascinating, challenging, heart-wrenching and insightful piece into a highly professional and impressive performance.  Not only have you helped me along my all-too-slow and stumbling journey of self-awareness, but you gave us the pleasure of some superb interpretive dance!  I hope “The Damage is Done” travels far and wide and touches as many people as possible.”

“Simply by finding that place of joy within ourselves we could em- body that despite whatever happens in childhood and how difficult your history could have been, people can transcend it, people can go from it, people can let go of it.”

“Creative collaboration is natural for Ken and Rita. They worked together in theatre before they dated and Rita explained that a professional work ethic is built into their relationship.She hired Ken to be the dramaturge for [her novel] Uprising before sending the draft to her mentor Dennis Bock. They decided to set up an office on their upstairs front porch because the weather was too lovely in June to stay indoors. They spent their evenings watching Ramsay walk by from their “treehouse office” while they revised the novel.”