“On a whim I got married in San Francisco in 1987. I filled a trunk full of all my worldly possessions and shipped it from Winnipeg to San Francisco as I waited for my Green Card and permission to join the love of my life. As it turned out, I was in an abusive relationship. So I got divorced and had him ship my trunk back to Canada, and I never ended up getting my Green Card. This is the story of what came before, before I was smart enough to realize what was happening. My name has been changed to Jodie to protect my privacy. If you meet me in person, I am a spitting image of Jodie Foster. I have been told that at least five hundred times since Taxi Driver came out in 1976. So I thought that maybe I could hide behind that name. Which doesn’t really work after all. “

My Fair Lady  – The Punk Version is a modern take on Pygmalion. A 19-year-old ballerina becomes the subject of a bet between her boyfriend and the Kingpin of the local punk scene who claims he can corrupt her innocence and teach her to become a jaded but educated punk. Set in 1985 Winnipeg and San Francisco the play is a brash, sexy, punk, coming-of-age story with a rock n’ roll score that makes the feminist message go down easy.

The Reykjavik Grapevine called it, “gritty and compelling,” and stated, “it reverberates with the stirrings of revolution and the spirit of change.” The newspaper offers the best synopsis:

“The audience is taken to 1980s Winnipeg and meets Jodie, a wide-eyed ballerina who is just waking up to the world. Then Jodie meets Adam, an older man with a punk-rock attitude. Adam tutors Jodie and introduces her to the underground anarchist movement, helping her to develop her own independent mind against the background of her controlling and oppressive boyfriend.”

The show brims with the best music of that generation, including Patti Smith, Marianne Faithful, The Velvet Underground and The Residents. Based on a true story (or almost truth) the performance blurs the lines between reality and fiction and is an unsettling look at dysfunction and manipulation. This narrative-driven short-story-photo-movement-performance conveys a clear feminist message while exposing the vulnerabilities of all involved. 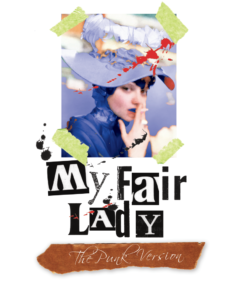 “Bozi is an extraordinary storyteller.”

“She’s a live-wire of a physical performer.”