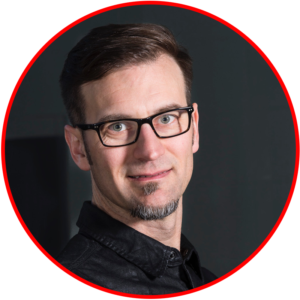 Ken Cameron is a multi-faceted playwright whose work fluctuates between commercially accessible plays and alternative theatre. On one end lie plays like Harvest, which has been performed across Canada and My One And Only which was produced by Alberta Theatre Projects’ playRites Festival, Workshop West in Edmonton and by the Bridge Theatre Company in New York City. Both have been published in Harvest and Other Plays.

Dear Johnny Deere is a musical adaptation of songs by acclaimed Canadian musician Fred Eaglesmith, which was commissioned by The Blyth Festival and premiered there in June 2012. Dear Johnny Deere was revived at Blyth and Lighthouse Theatre and had a separate production at the Charlottetown Festival PEI in 2013. In 2015 Dear Johnny Deere received its Alberta premiere at Theatre Calgary.

In 2012-13 Ken was artist-in-corporate-residence for First Calgary Financial Credit Union where he took 28 senior leaders through a series of excursions to plays and art galleries and connecting the creative experience of artists to techniques for innovation in the workplace. Also in 2012-13 Ken was Citizen Raconteur for the City of Calgary’s Cultural Transformation Project, an initiative by the City Manager (effectively the CEO of Calgary’s administration) to author a new corporate narrative that would transform the thinking of 15,000 city employees which places the citizen at the centre of the transaction. This work has, in part, been credited with motivating City Employee’s exceptional response to the flood of June 2013, one of the largest natural disasters in Canadian history. This work received a Platinum Award from the International Association of Facilitators.

On the alternative end of the spectrum, How iRan: Three Plays for iPod, is an art installation and theatre hybrid recorded entirely on iPod as the spectator moves through art installations set amongst the stacks of a downtown library. With the iPod set to shuffle, there are over 10.6 million versions of the experience, customized to each spectator.

Ken was the Artistic Director of the Magnetic North Theatre Festival for three years from 2008-2010. Produced in partnership with the National Arts Centre in Ottawa and with a mandate to showcase Canada’s outstanding touring productions, Magnetic North is produced in Ottawa in odd numbered years, and in a different Canadian city every other year. 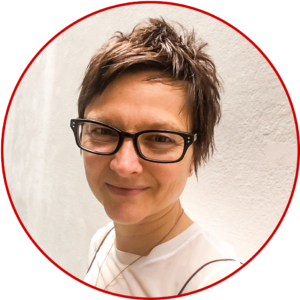 Rita Bozi is a Hungarian-Canadian trauma-focused somatic therapist and colleague of Dr. Gabor Maté, a multidisciplinary performance creator, actor, playwright and a retired professional dancer. She is an Alumna of The Humber School for Writers and a graduate of the National Ballet School of Canada.

In the past thirty-two years she has performed in Canada, the United States, Germany, Hungary and Iceland. In 2014 and 2015 her show The Damage is Done performed to eight sold out shows at The Banff Centre for the Arts and at The Cultch in Vancouver, and toured to the Yukon Arts Centre. In March 2013 she performed her one-woman evening A Night of Literary Performance Adventures in Iceland for which she received critical acclaim.

Her hit play 52 Pick Up, co-written with TJ Dawe, has been produced by over 15 theatre companies and performed in Canada, United States, England, Australia, New Zealand, Australia, Iceland and France. In 2012 it was translated into Icelandic and then into French in 2013. 52 Pick Up won the Chapters’ Best Text Award at the Montreal Fringe in 2000. In 1999 she was co-writer and performer of Ingenious Speculations at the Belfry Theatre with Roy Surette, Kim Selody and Jan Derbyshire. In collaboration with David Bloom and David Rhymer, Rita co-created, choreographed and performed in Trouser Parts in 1998 (Jesse Richardson Award nomination for outstanding direction). With Dmitry Chepovetsky Rita co-wrote and starred in Bloodline (nominated for a Jesse Richardson Award for best new play in 1997).

Rita’s fiction and creative non-fiction has been published in The New Quarterly, FFWD Weekly, Unlikely 2.0, WritingRaw.com, Pages of Stories, and THIS Magazine. THIS awarded her 3rd Prize in their Great Canadian Literary Hunt in 2012. Her travel stories have been aired on CBC Radio Calgary’s, The Homestretch.

With the assistance of a Calgary 2012 Project Grant and a Banff Centre arts residency, Rita wrote, co-directed (with Ken) and performed in Be A Man – A Performance Adventure.

Rita has worked with One Yellow Rabbit Performance Theatre and appeared in Featherland, Doing Leonard Cohen and Dream Machine. Her television credits include X-Files, The Adams’ Family, Cold Squad, Chris Isaack Show and Tom Stone. Film credits include Lies My Mother Told Me, Chasing Freedom, Word of Honor and A Problem With Fear.

From 1988 – 2000 Rita performed as a dancer in Toronto, Winnipeg and Vancouver. During her career she danced with the National Ballet of Canada, Royal Winnipeg Ballet, Jumpstart, Lola Dance, Judith Marcuse Projects, Karen Jamieson Dance, Dancecorps and Mascall Dance.

Rita just completed her first novel When I Was Better under the mentorship of Dennis Bock (The Ash Garden) and is currently developing One Month in Canada and My Fair Lady – The Punk Version.